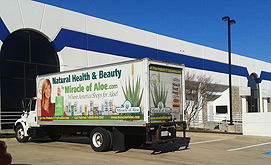 Our Philosophy
Miracle of Aloe's philosophy is two-fold…
First...To promote people's awareness of the healing and restorative powers of the ancient Aloe Vera plant and provide consumers with the finest Aloe Vera health and beauty products available anywhere.
Second...Through thoughtful, caring customer service, to ensure that you have an outstanding experience with us and our products.

The History of Miracle of Aloe®
Founded by Jess F. Clarke Jr. in early 1981, Miracle of Aloe has grown from an idea in the Clarke family kitchen, to a family business renowned worldwide in the healthcare field for its high quality, effective Aloe Vera products. Today, Miracle of Aloe manufacturers a line of over fifty different health, skin and beauty care products covering everything from facial to foot care.

Jess, who graduated from Pennsylvania State University with a degree in forestry, first "discovered" the Aloe on his mother's kitchen window sill as a child. Jess often recounts how, as a child, his mother, Evelyn, used to break off a leaf and spread the soothing gel on his burns, bug bites, cuts, and chapped fingers. The gel cooled, soothed, and healed and made an impression on him that has remained with him throughout his life.

By 1985, Jess' son, Jess III (everybody calls him "JC" to avoid confusion), had graduated from college and joined the company as it's second full-time employee. A year later, Chris Sykes, a college roommate of JC's excited by the health care possibilities of the humble Aloe plant, became the third full-time employee of Miracle of Aloe

As a young man Jess worked for several small companies where he began learning how a successful business could be created that could not only make profit, but more importantly, could also make a real difference in the lives of its customers.

In 1970, Jess met with the owner of the legendary Dr. Collins' Aloe Vera Ointment Company that had its genesis in 1943 Los Alamos Manhattan Project where Aloe Vera was proven to be the best treatment for radiation burns. Jess helped this gentleman develop mail order techniques.

Then in 1981, with the encouragement and help of friends and family, Jess purchased Isle of Aloe, a tiny floundering company that made a couple of Aloe Vera products for the speciality "health" market. Using their few Aloe products, Jess launched Miracle of Aloe. The first few years were hard — Jess worked tirelessly to improve the original product formulations and to introduce Miracle of Aloe to consumers across the country. Little by little people became aware of this new, naturally-based line of products that brought people natural relief.

In common with millions around the world who use Aloe, Jess believes that this gift from nature, the Aloe Vera plant, can increasingly contribute to less expensive, high quality healthcare...to help speed healing, lessen pain, moisten dry skin, increase immune system function, and in general, prove to be the "wonder drug" its users claim it to be.

Jess and Miracle of Aloe are committed to bringing about substantial gains in world healthcare by providing inexpensive, effective self-care health products using the enzyme-active Aloe Vera gel derived from our own unique UltraAloe process.

Miracle of Aloe has brought three generations of Clarkes to bear on promoting the use of Aloe Vera worldwide. Jess' father, Jess Sr., and his mother, Evelyn, both suggested and evaluated products to help the elderly, and prior to their passing, generously endowed a research foundation to further develop the understanding and use of Aloe. Jess' son, JC is now president, run the day-to-day operations of Miracle of Aloe. From time to time, Jess' other two sons, Curtis and Judd, take time from their own busy careers to lend a hand in the business. 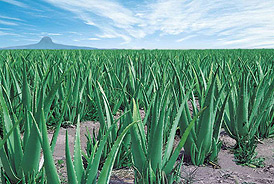 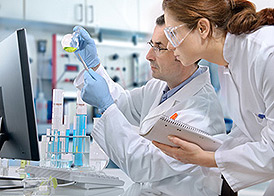 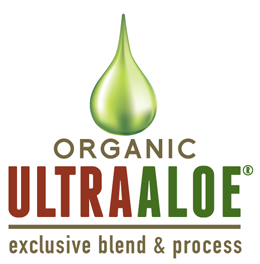 For thousands of years, the inner gel of the Aloe Vera plant has been treasured for its ability to alleviate human ailments and rejuvenate and restore skin.

Until recently it was necessary to extract fresh gel from the plant and use it immediately; once removed from the plant, the gel began losing its natural goodness.

Now, thanks to the processing method used in Miracle of Aloe® products, we are able to preserve and enhance the beneficial properties of our gel, making it as if virtually fresh from a live Aloe Vera plant.

This exciting method begins with the careful selection of healthy, mature Aloe leaves. Once harvested, the whole leaves are immediately subjected to a series of complex grinding and filtering procedures, that when completed, yields a purified gel containing more than two hundred individual constituents, including vitamins, essential minerals, glycoproteins, amino acids, polysaccharides, and enzymes.

Then, using a proprietary process, the raw gel is subjected to an enhancement phase until finally producing the super- enriched, more powerful gel, Ultra Aloe.

Utilizing this exclusive gel, Miracle of Aloe® ensures consumers are getting the most effective Aloe Vera products available.